Most of the best sagas come in threes: Star Wars, The Lord of the Rings… erm… Rush Hour? Now we’re not tooting our own horn here at Film Phage and comparing our trail-blazing Reboot Zone saga with these epics but you can’t argue with the rule of three. It’s unquestionably true. Let’s just not mention film franchises that break this trend OK? Perfect. So welcome to our final instalment in the ongoing debate regarding the fate of D.A. Reboot.

Proceedings were opened in Part I: The Reboot Rebuke where the prosecution (The Phage) launched into a tirade against reboots, with references galore to Rob Schneider. This was followed in Part II: The Reboot Redemption by the defence counsel (erm… The Phage aka me, again) where we learnt that reboots probably aren’t created for fans of the originals and that we should be more forgiving. And now we come to Part III: The Reboot Ruling, where our honourable judge (you guessed who – I’m so schizophrenic we’ve got three personalities) will pass verdict on whether reboots are a legitimate form of cinema… Please be upstanding for Judge Phage. 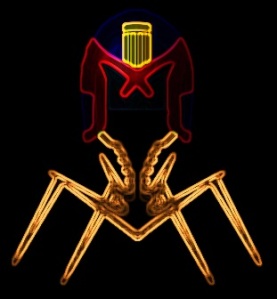 I would like to thank myself for providing compelling arguments both for and against the defendant over the past fortnight. Although I do not normally condone so many frankly bizarre analogies to first dates or Rob Schneider, you have both made valuable contributions to the ongoing case. As I am The Judge, I forgo the need for a jury and make the decisions myself. Hell, you don’t get such a bad-ass helmet through asking for other people’s opinions. I am the law, despite what Robo-Phage would claim.

I will address each of the accusations individually and deliver my verdicts accordingly:

On this count, we find the defendant not guilty. Although we note that many rebooted films have been as painful as a claw hammer to the temples, there are notable exceptions that disprove this. Batman Begins, The Amazing Spider-Man and Star Trek are all shining examples of how to successfully reboot a franchise.

Although the court does not have access to the in’s and out’s of Hollywood, we have assessed the lay evidence. On this count, we find the defendant not guilty. I point to the fact that The Avengers / Avengers Assemble has become the third highest grossing movie of all time, and it is an original franchise. Similarly, Avatar and Titanic: the top two grossing films of all time, are also original motion pictures. Although the court acknowledges how derivative Avatar is in the grand scheme of things.

3) Reboots destroy the magic of the original film.

The court finds this to be the hardest area to judge. Although we acknowledge that remaking a film does nothing to impinge on the already-existing original, we know that some people feel like the film’s been “ruined” by the remake. On balance, we find the defendant not guilty owing to the fact that you can still enjoy the original, and that the reboot is probably not made for you. As the defence pointed out, these remakes are for a new generation who would otherwise not invest themselves in an older, “dated” movie.

4) Is Rob Schneider responsible for any of these reboots?

No. Sorry Rob… though you really do take some god awful roles. 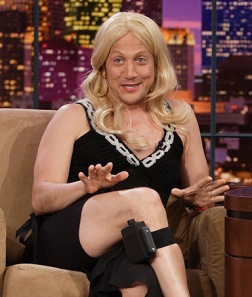 Not guilty of reboots… but probably guilt of something…

So although we note that reboots nearly always falter, there are gleaming exceptions to the rule: those that stand out as fantastic movies in their own right. However, we must note that our opinions are perhaps coloured by the fact that none of The Phage’s favourite movies have been rebooted as of yet. They’re all still out there in their original version. Maybe if this changed, we’d be a little less lenient on the reboot. But for now, D.A. Reboot is acquitted of all charges.

If you agree, or disagree, then please feel free to make your voice known in the comments section below.